My “ah-ha” moment happened when I was watching a video and, before I could see the face, I was wondering who one of the people was. When I realized it was me, I cried.

Weight loss has been hard work, but I have so much more energy now. I can play basketball with my kids… roll around on the floor with the baby, I feel sexy… that’s a new feeling too. I never felt that before. I have a newly found sense of self. I am confident.

I’ve even started dressing differently… I never used to dress the way I do now. I wore big t-shirts down to my knees and layers of clothes to hide my belly. Now I tuck in blouses, wear heels, and low neck-lines! I sometimes forget that I’m not that big anymore. And it shocks me when I see my reflection unexpectedly.

Losing My Baby Weight with Phen

Growing up, I was never overweight. In fact I was very athletic and fit.

I never even saw it coming. Suddenly, I was 299.8 pounds. And I certainly wasn’t athletic or fit.

So, I got into the Weight Watchers program. I couldn’t find a doctor that thought I needed any other weight loss aide, so I struggled along with WW. I lost 90 pounds with them.

But after that the losses just never came. I began yo-yoing. I read a book that described me to a “T” as far as my eating habits and weight loss were concerned. So, I began to follow the book’s theory about sugars, processed foods and carbs. It isn’t the Atkins way, but similar.

Anyway… It began to work. But I couldn’t resist the cravings, and eventually would fall back. I knew this diet plan was for me, but I didn’t know how I was going to get past the cravings for sugar. It wasn’t even about willpower anymore.

That’s when a friend told me about phentermine. So I went and got it.

Since then I have been able to follow my food plan without any cravings, and I have a tremendous amount of energy which has me exercising the way I did years ago! 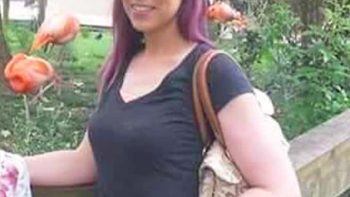