Phen Caps is a powerful, natural weight loss supplement. The capsules suppress appetite and boost energy, without any of the unwanted side effects of prescription weight loss pills like phentermine. 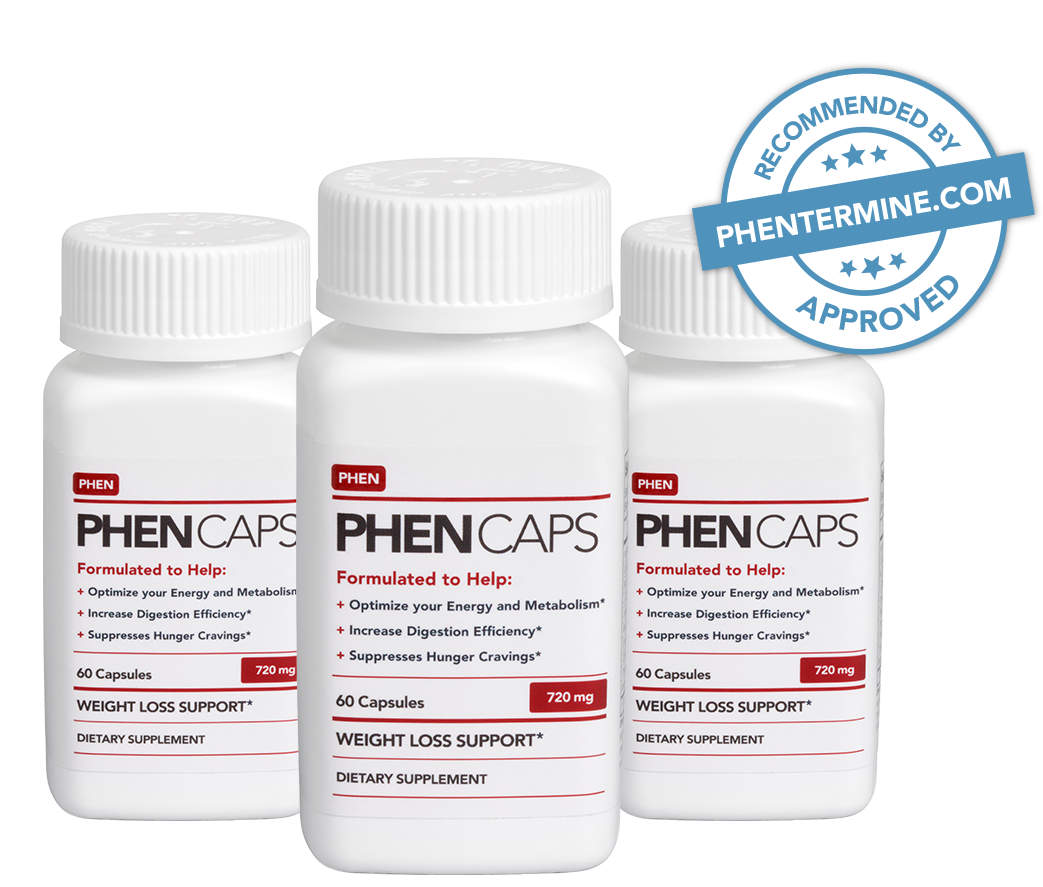 Phen Caps is the perfect solution if you:

Phen Caps does NOT contain any phentermine, which is why it can be sold online and without a prescription. Instead of phentermine HCL, this supplement contains an innovative combination of nine natural ingredients to help users lose weight faster.

Phen Caps’ nine natural ingredients work together to promote maximum weight loss without side effects. Here’s a look at how each one works:

Phenylethylamine (PEA) signals the body to release important neurotransmitters like dopamine and norepinephrine. It has been shown to improve mood and focus, which may help you resist cravings and reduce emotional eating. Plus, PEA could also improve digestive health. Never combine PEA with monoamine oxidase inhibitors (MAOIs) or similar.

Caffeine is a natural stimulant that is commonly found in coffee, tea, soda and chocolate. It is good for weight loss because it produces a thermogenic effect that boosts metabolism and pushes your body to burn more calories at rest. This common substance may also reduce feelings of hunger, which will help you stick to smaller portions and snack less between meals.

Theobromine is another natural stimulant that helps curb appetite, and may even improve insulin sensitivity. Due to its mild diuretic effect, this ingredient is beneficial for weight loss because it helps users shed excess water weight.

Synephrine is most commonly sourced from the bitter orange plant. Like other ingredients on this list, synephrine has been shown to produce a thermogenic response that boosts metabolism and speeds fat breakdown. Some evidence indicates that it may even help reduce individuals’ risk of diabetes and metabolic syndrome.

Caralluma comes from a green cactus plant native to India. It has been used for centuries as a natural appetite suppressant, and new research suggests that it may also inhibit fat storage. Extract from this plant is ideal for weight loss because it both curbs cravings and minimizes fat accumulation around your waist or other problem areas.

L-carnitine is an amino acid that is critical for converting stored fat into energy. This ingredient boosts energy, increases stamina and helps your muscles recover faster after an intense workout. For weight loss, L-carnitine is particularly beneficial when combined with regular exercise.

Raspberry ketone is a natural chemical found in berries, kiwi, peaches, apples and other fruit. It is popular for weight loss because animal studies have shown that it boosts metabolism, reduces appetite and accelerates fat burn. This ingredient also gives Phen Caps its distinctive, fruity smell.

Last but not least, selenium is needed to support proper thyroid function. Without adequate levels of this trace nutrient, you may suffer from your thyroid may fail to secrete adequate levels of critical hormones. Low thyroid (hypothyroidism) is a common cause of unwanted weight gain. Selenium is naturally found in Brazil nuts, seafood and enriched grains.

Phen Caps is sold on Phen.com by Anakena Internet Services, S.L. All Anakena supplements are developed, manufactured and distributed in the USA using only the highest-quality ingredients.

Exclusive Discount for YOU!

Sally Cohen is a certified nutritionist passionate about promoting health at any size.